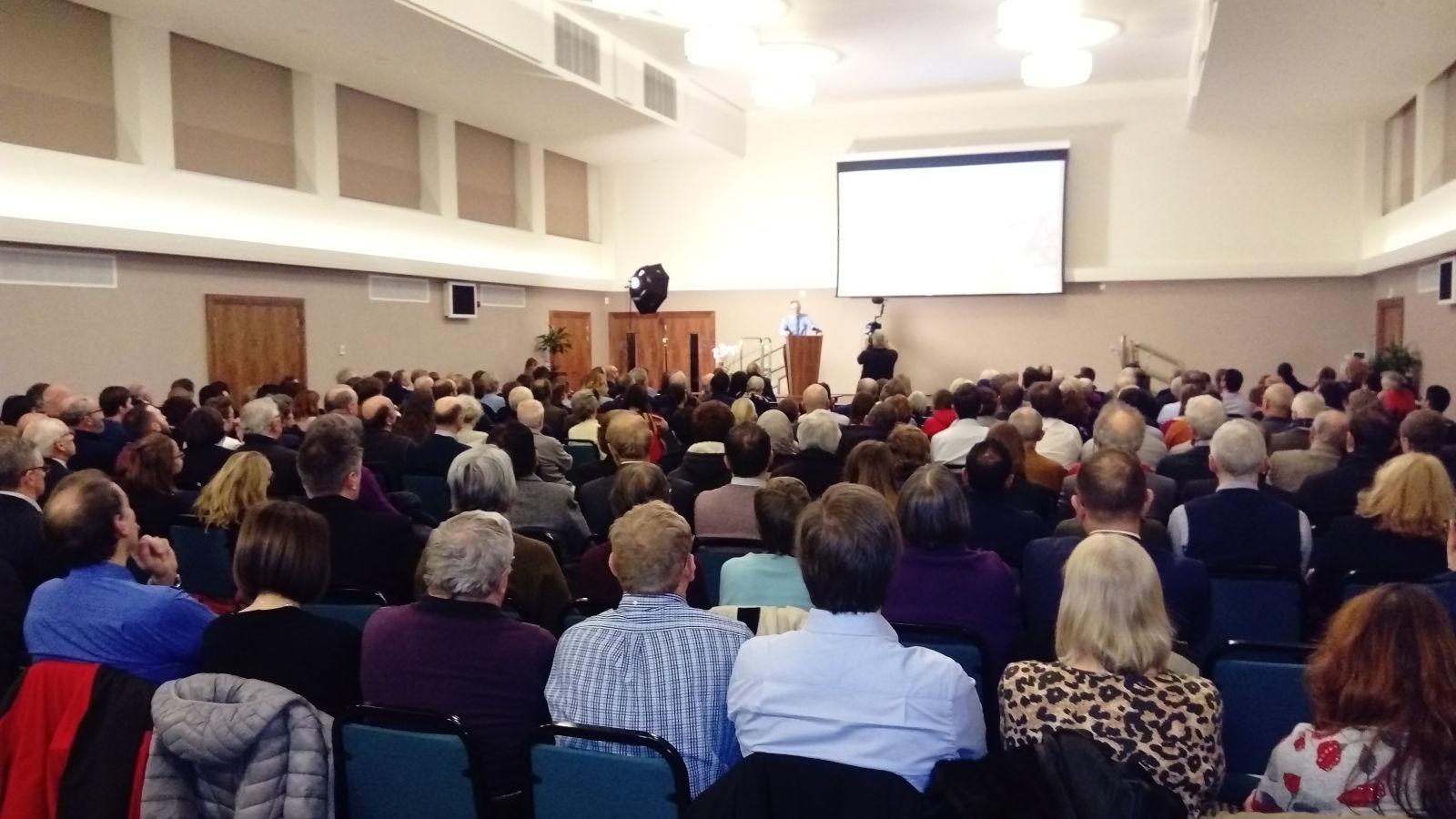 Since January 2017, the City Council has arranged the City Series of events. These well attended free public lectures covered “urban” themes, such as history and design.

This came out of the collaborations between the City Council and the local universities on developing the Greyfriars Townscape Heritage Initiative. The City Series talks have provided a high impact demonstration of good joint working to promote local research and teaching.

The first public lecture was delivered by Sir Peter Soulsby, City Mayor of Leicester, providing a reflection on the historic development of the city and his personal insights into more recent history. This was attended by over 300 people and took place at City Hall.

In March 2017, Professor Loretta Lees from the University of Leicester delivered a lecture on her research into the process of gentrification, including global and local insights, which was attended by over 200 people.

In July 2017, Elain Harwood from Historic England came to deliver a lecture on the twentieth century development of the city , with Neil Stacey, Associate Professor at the Leicester School of Architecture leading another well attended talk on the architecture of a healthy city in December 2017.

In 2018 four more public lectures took place at various venues in the city centre. These include a talk in August from Ksenia Chmutina, from Loughborough University, on disaster risk reduction for cities, a talk in May from Rob Harland, also from Loughborough University, on graphic design elements within cities, a series of talks in April from professional practice on urban transport at De Montfort University and a pair of talks on town planning history in November at City Hall.

In January 2019, further talks on reducing the environmental impact of cities and the concept of ‘urban buzz’ took place, with cross promotion of the Georgian history talks and Open Streets talks that took place later in the year keeping up the momentum of the lecture series programme.

The events provided an opportunity to cross-promote the THI and featured advertising for the training programme and other public facing events. It has attracted a regular following from ‘urban professionals’, such as local architects and surveyors, as well as the general public and people associated with the universities.

Due to the pandemic, no events took place in 2020. Further talks are planned for the future and the collaboration continues to provide a good space for promoting research excellence at the three local universities and bringing interesting content to a diverse wider city audience.