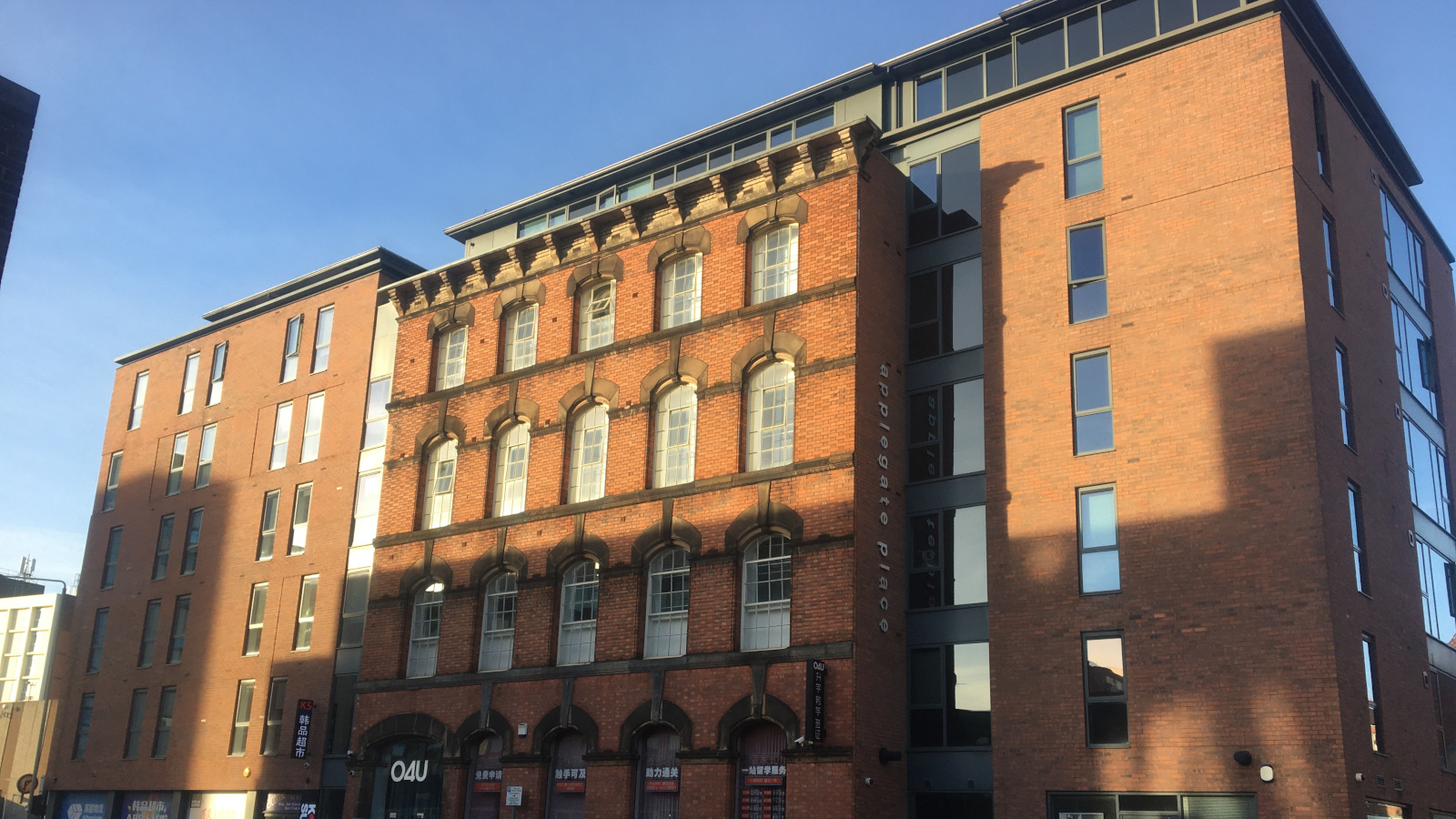 The History of 3 Redcross Street, Leicester

3 Redcross Street is now known as 31 Peacock Lane.1 It was developed in two phases by Thomas Crick (1803 – 1879) whom Patterson describes as the “…the father of the Leicester shoe industry…”.2

Crick was responsible for patenting the shoe riveting process by which he was to become a wealthy man.3 White says that his initial factory was set up in Highcross Street in response to a strike by the shoe hands of Northampton who were protesting against the introduction of new machinery.4

Crick built a combined factory and warehouse at 3 Redcross Street in 1857 (pictured above), providing about 9,250 square feet of space over three floors.5 This had to be extensively rebuilt under the supervision of JG Thompson & Son of Bradford after a serious fire on the evening of 29th June 1927 destroyed the roof and much of the second floor.6

This first of Crick’s developments was demolished in August 2006 to make way for the current City Block building.7 This factory was built of red brick in Flemish bond, the ground floor façade consisting of brick piers on protruding stone plinths. Window and door reveals were of dressed stone with heavy key stones to those on the ground floor. Two parallel stone band courses separated each of the storeys.

With the success of his patents Crick formed a partnership, Thomas Crick & Son, with his son John Throne Crick which valued the business at £24,920.00 on 1st January 1863.8 They then went on to build a four storey extension on land immediately adjacent to the east in 1864, (just visible on the right of the picture above) which afforded an extra 6,000 square feet of production space as well as 1,500 square feet in a basement.9 Manufacturing capacity would have more than doubled.

The best description of Crick’s expansion at this time is provided by Holmes who details both the employment figures and technological innovations.10 The façade of this additional factory, which was designed by Robert Johnson Goodacre (1826 – 1904) of 5 Friar Lane, is retained to the present day, now fronting a modern development of student flats.11 Again built of red brick in Flemish bond the façade has bands to each of the first, second and third storeys, the window reveals at all levels are of dressed stone blocks with heavy keystones and at the wall plate there is a deep, over-sailing, bracketed timber eaves cornice.

Both buildings have a lengthy history of minor alterations which can be traced through the building plans collection at the Record Office for Leicestershire, Leicester & Rutland.12 Perhaps the most intriguing change was the raising of the roof of the 1857 building by 9 inches in 1906 during the ownership of Thomas Lawrence (1843 – 1911).13 This alteration, which might be thought to entail a disproportionate amount of work for a very small gain, was supervised by the architects Wakerley & Wells, but the building plan offers no explanation of the purpose.

Although Crick’s business flourished John Throne Crick (1831 – 1867), Thomas’ partner and only son, died in 1867 aged just 36, and then Thomas’ wife of 39 years, Elizabeth, died two years later in 1869. Crick became a philanthropist and the factories were occupied by the York Tanning and Currying Company Limited with which it is possible Crick may have remained for a time as manager.14

On the 1887 Ordnance Survey Map the site is described as the Bee Hive Boot and Shoe factory, and the directories from 1877 to 1909 list the occupier as John Cooper & Sons Limited.18 Lawrence describes himself as a manufacturer of boot and shoes as late as the 1901 census and it seems that he probably owned the John Cooper business.19 Lawrence retained the buildings until his death in 1911 and his estate continued to hold them until 20th September 1920 when both were sold to boot and shoe manufacturer Horace Hollingworth (1879 – 1948).20

Both Edington and Broughtons each carried on the hosiery business under the Carnall name until it became part of Courtaulds in [1971], so it seems very likely that each of these sales was part of a wider transfer of the business as a going concern.

Broughtons remained the owner of the building until they sold it in 1980 and it was thereafter held by a succession of investment landlords enduring a somewhat forlorn existence hosting a series of nightclubs including “Club 147” and providing a platform for various mobile telephone masts.