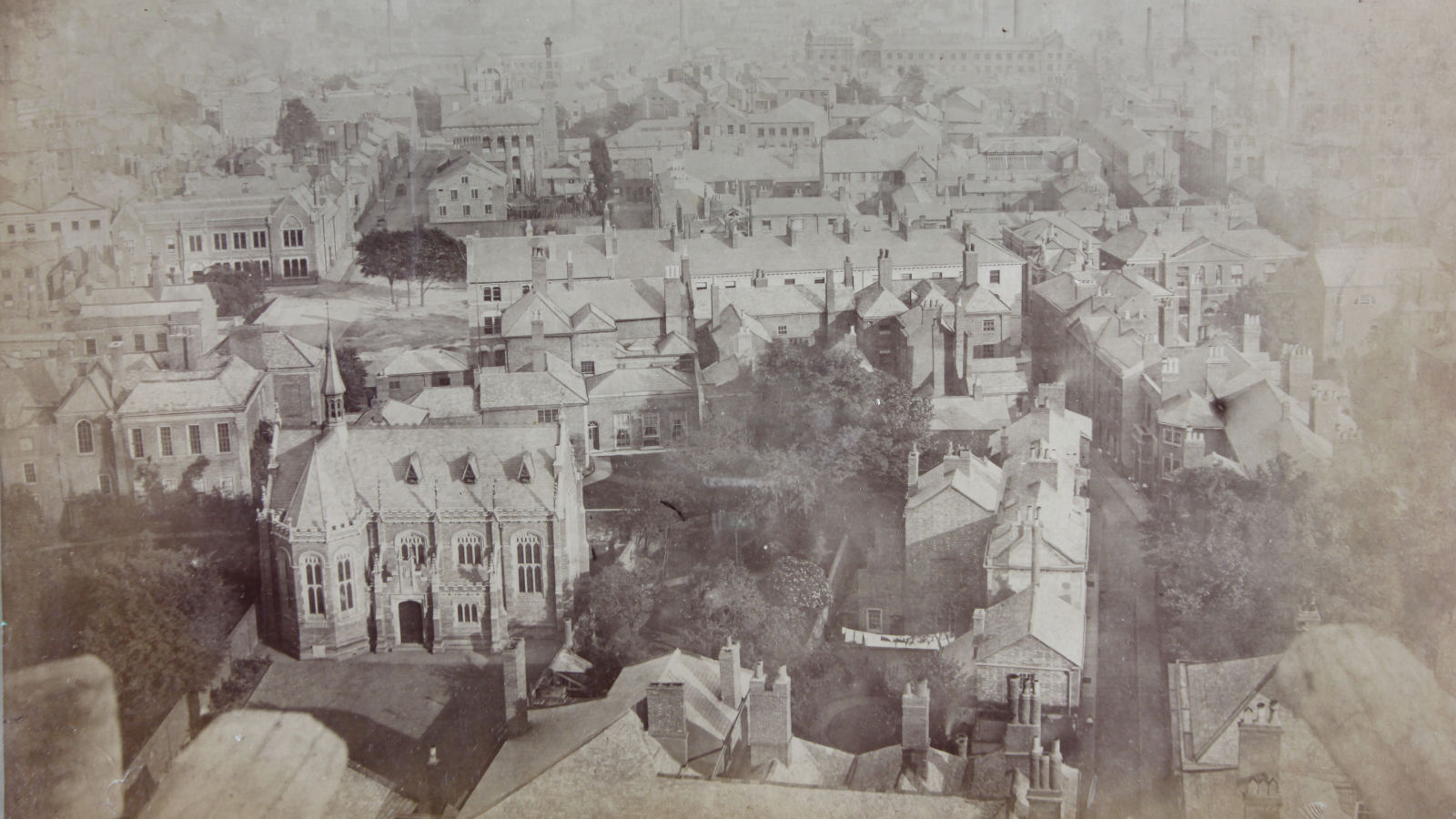 The Victorian Turkish Baths in Leicester

The Turkish Baths are located at 40 Friar Lane and the building was built in 1872 by the architect John Breedon Everard.

John Breedon Everard was the resident engineer for the build of the Midland Grand Hotel and St Pancras. It is obvious that the design for the Turkish Baths was inspired by his work in London, as the materials and techniques are the same.

Half of the original building still survives, and is in the ownership of the Stockbroker’s firm, Thomas Grant Ltd. It has been altered and adapted for different uses and although the frontage is intact, the first section of the building has been insensitively modernised.

Of particular architectural interest is the octagonal roofed hall at the rear of the building in a Venetian gothic style, with brick arches, a polychromatic brick ceiling and ornately carved capitals with unique designs. This was the ‘cooling room’ of the Turkish Baths when they were in operation.

There is not much research available on Turkish Baths, although we know that they were once very fashionable with more than 600 in Britain. They were built during Leicester’s most successful years, when industrial transformation was transforming the city. From mid-19th century onwards a significant number of solicitors firms continued to operate from this area in spite of industrialisation.

There were two Victorian Turkish Baths in centre of Leicester, the other being at 9 New Street around the corner, since demolished.

Due to falling popularity of public bathing, in 1960 the cooling room part of the building was converted to house the Leicester Law Society Library. An interview with one of the solicitors who was based in the area provides useful insight into how the building was used at this time –

The law society in Leicester ran the law library which was terribly important.. and that became situated in the Turkish baths in Friar Lane. [A] very fine building actually. Run by a complete dragon of a woman, but you could go down and – and it was in constant use so you met a lot of people there, constant use.

And you had a runner in the office, normally one of the receptionists, who’d be sent backwards and forwards, backwards and forwards. All the post was delivered by hand – it was a different world.. ..but the law society was the only real society for lawyers in Leicester. I always thought it was a totally ineffective talking shop.

Weston’s description of the baths highlights how the architectural quality and design acted to conserve its historic fabric, and ensured it sustained value such that it could be adapted to a prestigious new use as a Law Society Library. The interview also demonstrates that although the space is hidden, it holds significance by way of the memories of those who used it.

The Turkish baths are an example of a building that is not generally open to the public but does have national as well as local significance. They are the last surviving of their kind in Leicester. The architect is also of local and national significance.

Hidden heritage that is of such high significance should be protected, even if it is in private hands, to allow for it to be passed on to future generations. There is every possibility that it might become publicly accessible in the future.