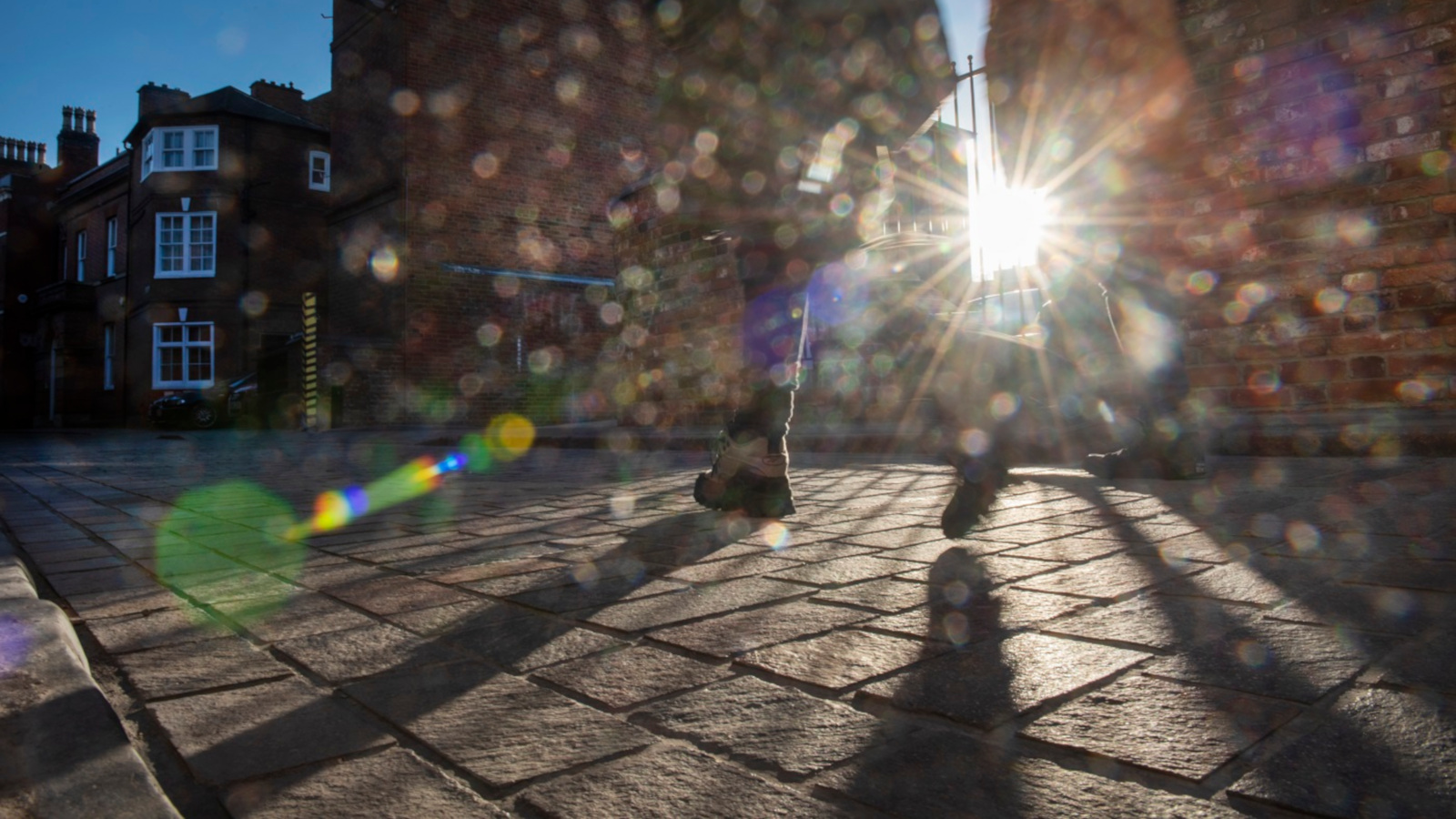 The Witch of New Street

2 New Street is a Grade II listed mid-eighteenth century townhouse, built about 1750 on land previously forming part of Greyfriars Friary.1 For almost the last hundred years it has been used as office accommodation for a barristers’ chambers – the family and civil lawyers who work there will celebrate the centenary in 2022.

The narrative that follows below is something of a work in progress. It is intended that a more comprehensive historical account will be produced in time for the centenary. The writer would particularly welcome hearing from anyone who has any information about 2 New Street in the reign of George III prior to the Regency, as this is the period in which the details available to him are presently the sketchiest.

Situated on the corner of New Street and Friar Lane Leicester 2 New Street is built of red brick with a hipped roof, originally of Swithland slate, and with a heavy moulded, billetted wood eaves cornicing. There are decorative bands of three brick courses at each of the first and second floor levels and the sash windows sit beneath brick segmental lintels.2

Notable architectural features include the use of buff coloured headers in the Flemish bond brickwork to create a polychromatic effect on the Friar Lane elevation.3 The front door casing, hood mould, pulvinated frieze and cornice are early twentieth century modifications in the eighteenth century style.4 Indeed, there are clear indications that the New Street frontage of the property has been significantly altered, perhaps more than once, over the passage of time.

Internally the accommodation currently comprises of 15 rooms on three floors, several of the larger original rooms having been partitioned, probably in the early twentieth century. There is also some structural evidence to suggest that a one-time back staircase has been removed and the stairwells at first and second floor covered over to form additional rooms.

No architect for either the original build or any later alterations has been identified with certainty, but it is conceivable that either Stockdale Harrison (1846 – 1914) or his son James Stockdale Harrison (1874 – 1952) could have been associated with the Edwardian re-modelling of the New Street façade. This possibility arises because from 1904 to 1922 Stockdale, and following his death his trustees, were co-owners of 2 New Street with the solicitor Henry Flude (1875 – 1929).5

It seems likely that the property remained a well-to-do private residence until the mid-1860s. At the end of the eighteenth century it was owned and occupied by Thomas Parkinson a surgeon.6 Parkinson was followed in the summer of 1807 by solicitor Joseph Spencer Cardale (c. 1770- 1850).7 Cardale left in the summer or autumn of 1815 and was succeeded by William Withering Arnold (1775- 1852) a physician.8 After him, in the late summer of 1821, came Daniel Gosset (c.1801 – 1860) a doctor of medicine.9

Sarah died on 23rd April 1864 and by her will left Elizabeth an annuity of £1,000 per annum but (apart from some further specific legacies) all her other property passed to her brother Thomas.12 2 New Street was advertised for sale by auction through the offices of John Holland in the Leicester Journal of 15th July 1864 yet the house may well have remained empty as late as the summer of 1866 because there is no assessment for it in the Poor Rate Book.13

However, when re-occupied the property would cease to be a residential dwelling and become a commercial let. By 1st quarter 1867 Thomas Ingram (1810 – 1909) was in occupation of the property as a “house and counting house” although still no owner is recorded.14 Subsequent rate books list the Rev Charles Vaughan (1816 – 1897) as the freeholder. Vaughan sold to Ingram, his sitting tenant, some 14 years later on 24th October 1881.15 Ingram was a solicitor and registrar of the County Court – the building served as the offices of the county court which was across the road at 30 Friar Lane.16 Ingram went on to form a partnership with William Marsland Moore (1851- 1888) and the firm of Ingram & Moore continued to be listed at the address until 1903 by which time it was under the stewardship of Henry Deane (1839 – 1920).17 Then, in 1904, there followed the sale already noted to architect Stockdale Harrison and solicitor Henry Flude.18

By 1909 Flude had been admitted to the solicitors’ partnership which had become Ingram Moore & Flude and had relocated to 29 Friar Lane.19 The accountants Preston Reuben Robinson occupied 2 New Street in their place as Flude’s tenants.20 The building may have been standing empty again at the start of WW1 – there is no entry for it in Wrights Directory of Leicestershire 1914 and Preston Reuben Robinson had moved to 5 New Street.21 However, by 1916 the premises were home to various war relief charities.22

Flude and Stockdale Harrison’s trustees sold the building on 1st September 1922, via a middle man at Marshall Newby & Co on the Horsefair, to Muriel Winterton (fl 1892 – 1967).23 Muriel later married to become Muriel Duncan. She would retain ownership of 2 New Street for the rest of her life. It was still a commercial investment, a buy-to-let, but instead of sole occupancy it was now rented out to an irregular assortment of tenants room by room. This was a practice increasing reflected in other nearby properties as the character of the Greyfriars neighbourhood evolved.

The first barristers to lease accommodation were Charles Edgar Loseby (1881 – 1970) and John Perrott Stimson (1890 – 1978) both previously having seats in 3 Hare Court, Temple in 1922.24 At this time they shared the offices with no less than seven other tenants, The Leicester Women’s Conservative and Unionist Association, an auctioneer, a solicitor, two yarn agents, a boot and shoe machinery agent and an oil merchant.25 Later a notable member of chambers would be Yetta Frazer (1913 – 1995) the first woman to practice at the Leicester bar. Called by Gray’s Inn in June 1945, Frazer had joined the chambers by 1947, if not earlier, and she remained there for almost the whole of her life, retiring only in 1994.26

It was not until 1966 that the barristers’ Chambers occupied the whole of the building, loss adjusters Ellis & Buckle are listed along with 12 barristers as late as 1963.27 Two years later on 2nd August 1968, Middle Temple, the Inn of Court, bought it fom the late Muriel Duncan’s estate.28 2 New Street remained the property of the Inn until 2000 when it was sold to a pension fund.

The present barristers purchased the building from their landlord in March 2018 and with the assistance of a grant of £90,244.00 from the GTHI as well as an historic building grant from Leicester City Council the roof was completely re-tiled, the chimneys re-built and the front door renovated. The work was supervised by architects and surveyors Pick Everard. The original Swithland slates were largely at the end of their useful life and only about 10% of them could be salvaged. These can still be seen on the western hip of the roof as viewed from Friar Lane. The remainder of the street facing pitches are tiled in a conservation grade slate cut to resemble Swithland. These slates have been arranged in diminishing courses and fixed to new laths with copper broad shanked nails over a breathable underlay. The inner facing slopes have been similarly replaced with welsh slate. The front door together with its associated reveal panelling, the pulvinated frieze and cornice have each been stripped down and restored. These works were not only critical to keep the property wind and watertight but have undoubtedly secured its future as a local landmark on the route to the Richard III Centre and a property of interest for generations to come.