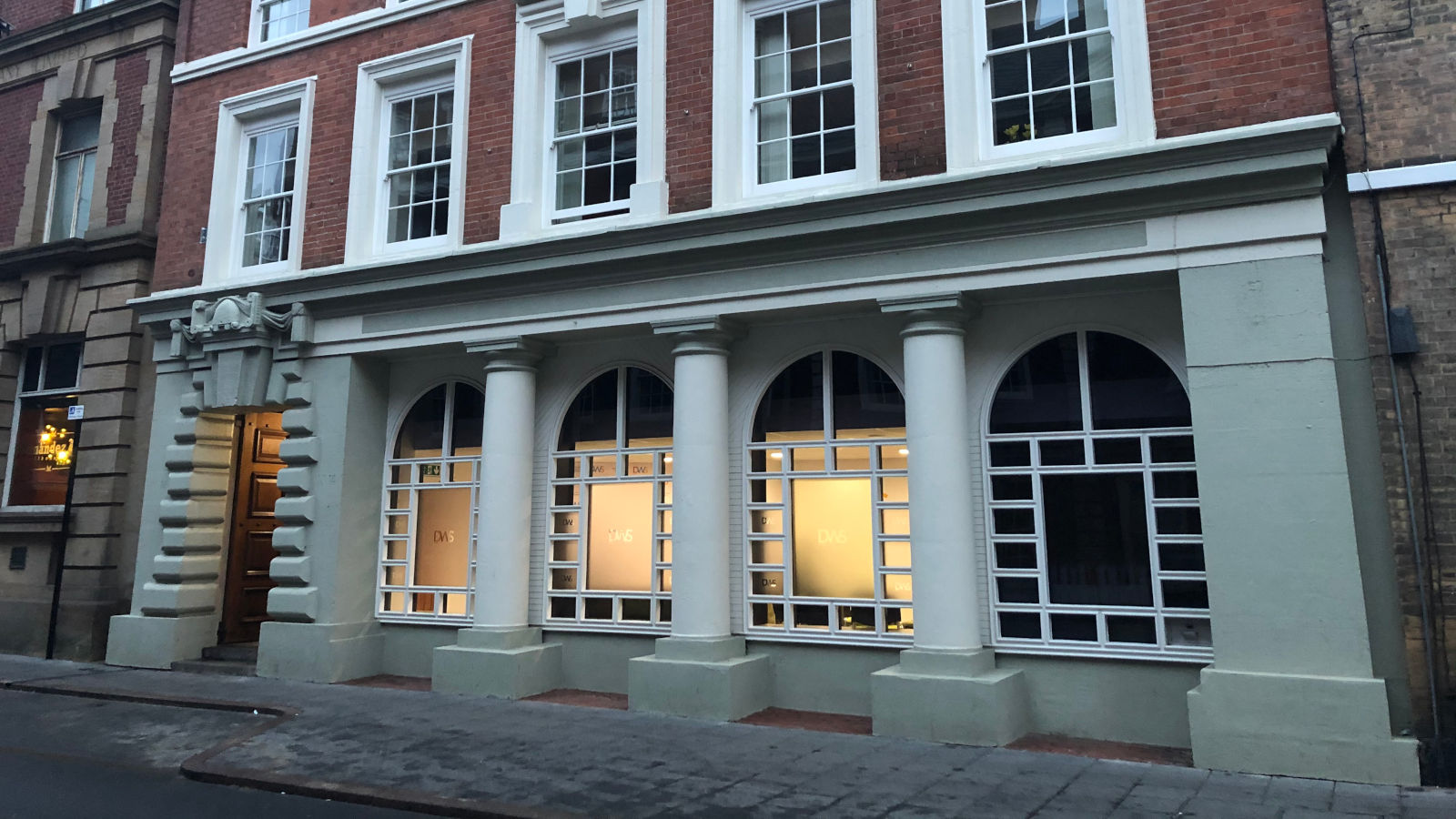 Neighbours worked together to restore this run of terraced properties of 14-28 Friar Lane.

The terraced properties in a lighter coloured brick, 18 to 28 Friar Lane, are Grade II listed and were developed in the early 19th century. The buildings introduce a degree of uniformity in the street scene that is not particularly common in this area.

The façade of the buildings had deteriorated and so works were undertaken to remedy stone deterioration, reinstate boot scrapers, lead flashing and cast iron downpipes. Many of the bricks had perished, and so new bricks needed to be specially made to match the original. Redundant wires and fixings were removed to tidy up the appearance of the buildings.

A grant of £45,555 was offered to Douglas Wemyss Solicitors to restore windows and brickwork at both properties and to make improvements to the Tuscan columns at ground floor level of 14 Friar Lane, originally built in the last 19th century for use as a bank. The building had been vacant but is now in use as the Solicitor’s main office. 18 Friar Lane has been converted into residential use.