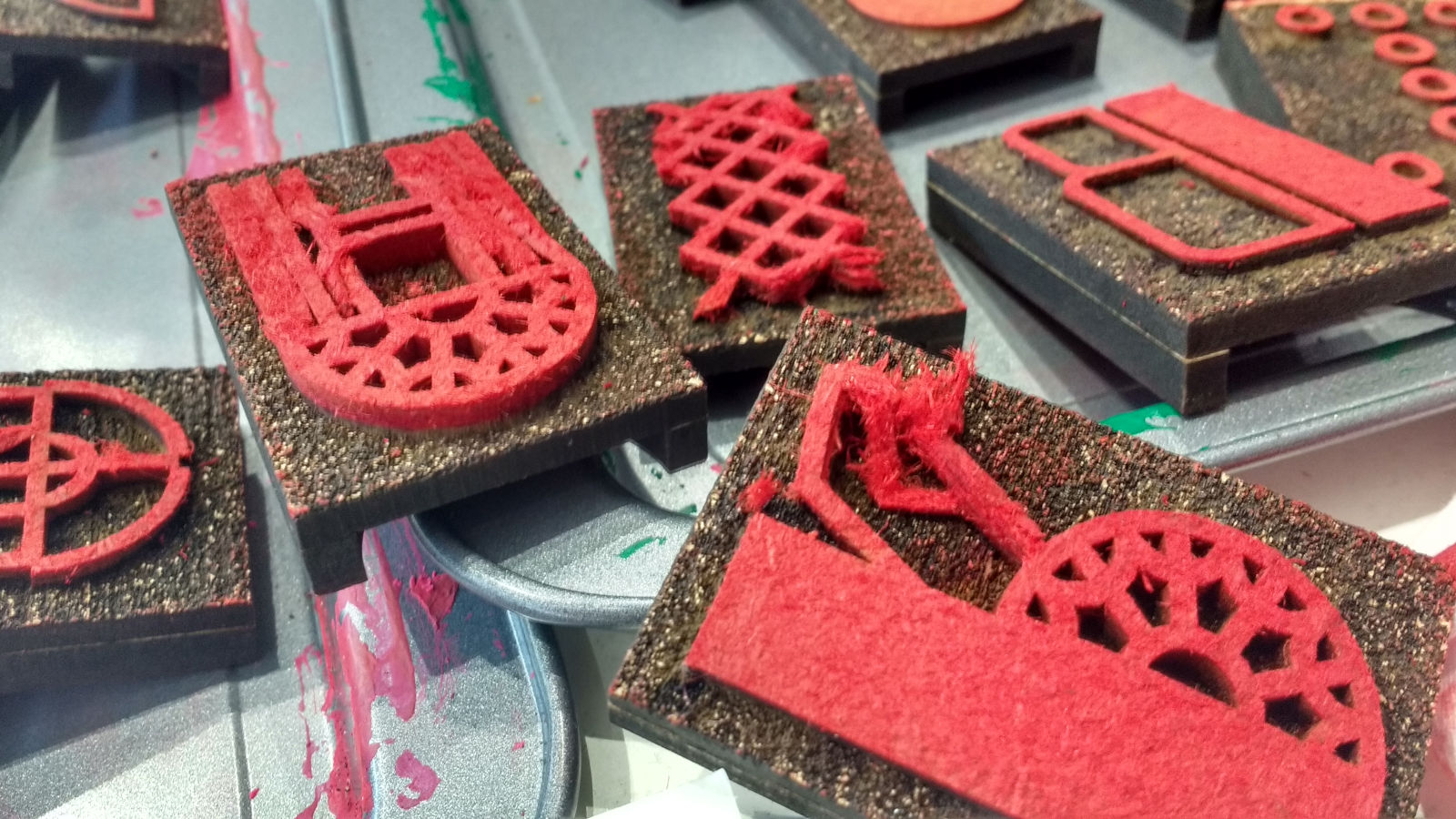 The letters, transformed into stamps, would have been used also for a series of print workshops around the city, as a tool to engage people and invite them to rediscover the often-overlooked architecture details / spread awareness of the architectural value of the area.

About the Greyfriars Typeface

Greyfriars is a display typeface inspired by the often overlooked architectural details within the Greyfriars conservation area in the heart of Leicester’s old town.

The typeface celebrates the rich heritage of the place, from medieval to modern, by reinterpreting the shapes and patterns found on site.

Bricks, stones, windows and other elements of the townscape have become the letters of an open-source font and a series of laser-cut wooden stamps.

The project is an invitation to look closer and discover where the design of each letter comes from.

The typeface evolved through a series of workshops with the Graphic Design and Illustration BA students of the De Montfort University.

One key design decision was to imagine the whole typeface as a playful preview of the townscape in order to reflect the diversity of architecture references of the area, from medieval to modern. Each letter was developed as a mix of different overlooked architecture details. Using photos and collage, hybrid shapes were abstracted from the building and turned into letters. It was a sort of hunt for the letters hidden in the details of the buildings, bricks, doors, windows, an open approach where everyone could contribute even just with one letter or one sign. The invitation was to remix all the pieces and work in a collaborative way.

In order to ensure overall consistency and facilitate the teamwork, a common grid with set dimensions and proportions was defined. Each letter would had to fit the existing dimensions or be readjusts in order to work within the system. Moreover, the decision to produce the stamps as laser-cut plywood blocks had design implications too: the shapes could not be too open, lines could not be too thin, the risk otherwise was the stamps would have crumbled after a few uses.

The final version of each letter was often the process of a series of adjustments that different people did. Each letter was the compromise between the link to the original architecture reference, the production constraints and the balance with the other letters. This meant that in some cases the architecture reference was very direct and true to the original, in some other cases the initial shapes have been forced and reinterpreted more / used more as an initial inspiration.

The resulting display typeface was named Greyfriars and has been released with an open-source licence with the idea that other people, following the same guidelines, could contribute with their own letters inspired by bits of Leicester.

The final stamps have featured in several workshops across the city engaging both children and adults. As well as printing their own names or catch phrases, people have experimented with shapes creating more abstract or illustrative compositions, or mixing stamps and hand drawings. A postcard with the full alphabet was handed in with an invitation to go letters hunting around the city, looking closer to discover where the design of each letter comes from.

The Leicester Lettering typeface is available on an open source license and can be downloaded from GitHub.

Go to the GitHub repository >>