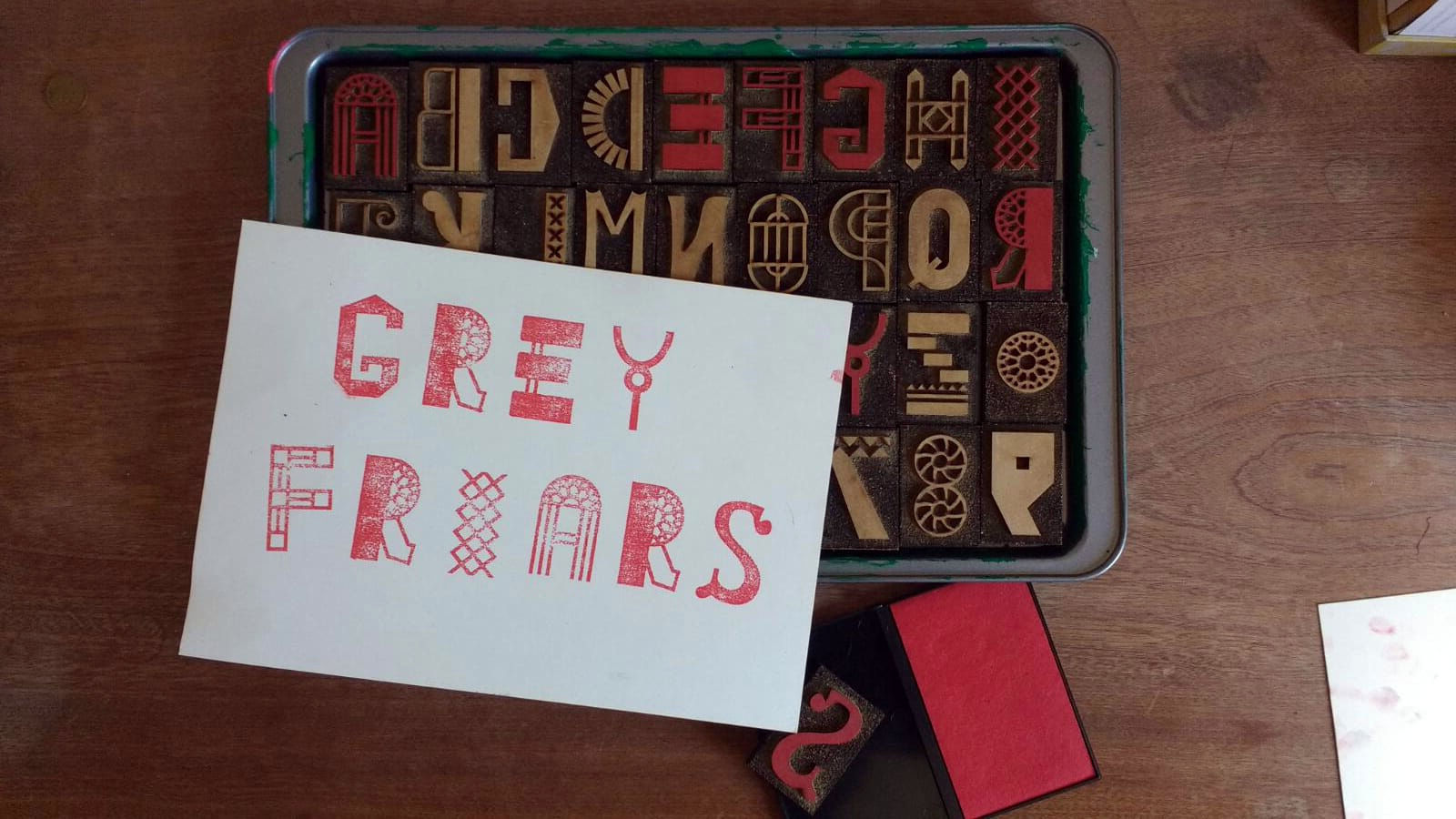 In 1867 Vaccination Law was introduced to make immunisation of children compulsory, and punishable by law through fines and imprisonment if avoided. Leicester was a stronghold of anti-vaccination sentiment due to some cases where vaccination had had negative side-effects or even killed those immunised.

Frank Radford was a Friar Lane auctioneer who got caught up in an anti-vaccination riot. Born in Mansfield, Nottinghamshire in 1832, Radford was an established auctioneer, he was also a family man, married to Elizabeth Radford with three children who lived with him on Friar Lane. He owned four buildings on Friar Lane numbered 70-76, which you can see on his property plan as well as his signature.

His buildings have sadly since been demolished, but his collection of offices shows his success in the period. He also had other branches at the Half Moon Yard, Melton Mowbray every Tuesday and the Dixie Arms, Market Bosworth on alternate Wednesday afternoons.

Smallpox was notoriously feared because it was the leading cause of death in the 18th century with 400,000 people dying every year, and accounted for a third of all cases of blindness. Despite the severity of smallpox, many people came out against immunisation for religious reasons or the belief that it was ineffective and dangerous.

These anti-vaccination ideas emerged across the United Kingdom and the United States, gaining a large following in Leicester. Leicester had a reputation in the 19th century for being unsanitary and rife with disease, which meant that vaccination was pushed heavily here. Laws were introduced across the 19th century which gradually made vaccination compulsory, with fines being introduced for non-compliance and imprisonment for non-payment of those fines, in which our auctioneer Frank Radford was involved.

The auction was held in the Nag’s Head Inn, which has since been knocked down and rebuilt, and was hosted by Frank Radford and his business. Radford also owned a debt collecting business alongside his auction house, so it is not known whether he seized the goods and then later sold them. However, the auction did not go as planned, and according to the Derby Daily Telegraph, as the goods began to be sold, a mob of 400 anti-vaxxers began to riot during the auction. A shoe was thrown in the event, and the protesters were increasingly violent until the police were involved.

The auction ended with the goods being removed from sale and the auction was stopped . Due to the protests, the goods were returned to their owners, despite many being purchased by those attending the auction.

From this highly publicised event, the anti-vaccination movement increased. In 1885, growing concerns about vaccination grew and a rally of 100,000 gathered in Leicester, called the Leicester Demonstration March to march against vaccination (at this point vaccinations were not working properly due to poor practices).

This protest culminated with the 1898 Anti-Vaccination law, in which non-vaccination was legalised, and allowed parents to have a certificate to prove they were ‘conscientious objectors’. As time went on vaccination improved, and the movement surrounding vaccination faded away – although it has re-emerged, particularly in the United States, recently due to the proposed link between vaccination and autism.

Further links are provided below if you want to find out more about the Leicester Anti-Vaccination movement and also its current relevance. Newspaper accounts are available online or on microfilm at the Record Office of Leicestershire, Leicester & Rutland.

https://www.theatlantic.com/health/archive/2015/07/victorian-anti-vaccinators-personal-belief-exemption/398321/ – Looks at the impact of Leicester as an epi-centre of anti-vaccination sentiment.

https://www.sciencedirect.com/sdfe/pdf/download/eid/1-s2.0-014067369293021E/first-page-pdf – Article detailing the beginning of the Anti-Vaccination movement in Leicester.