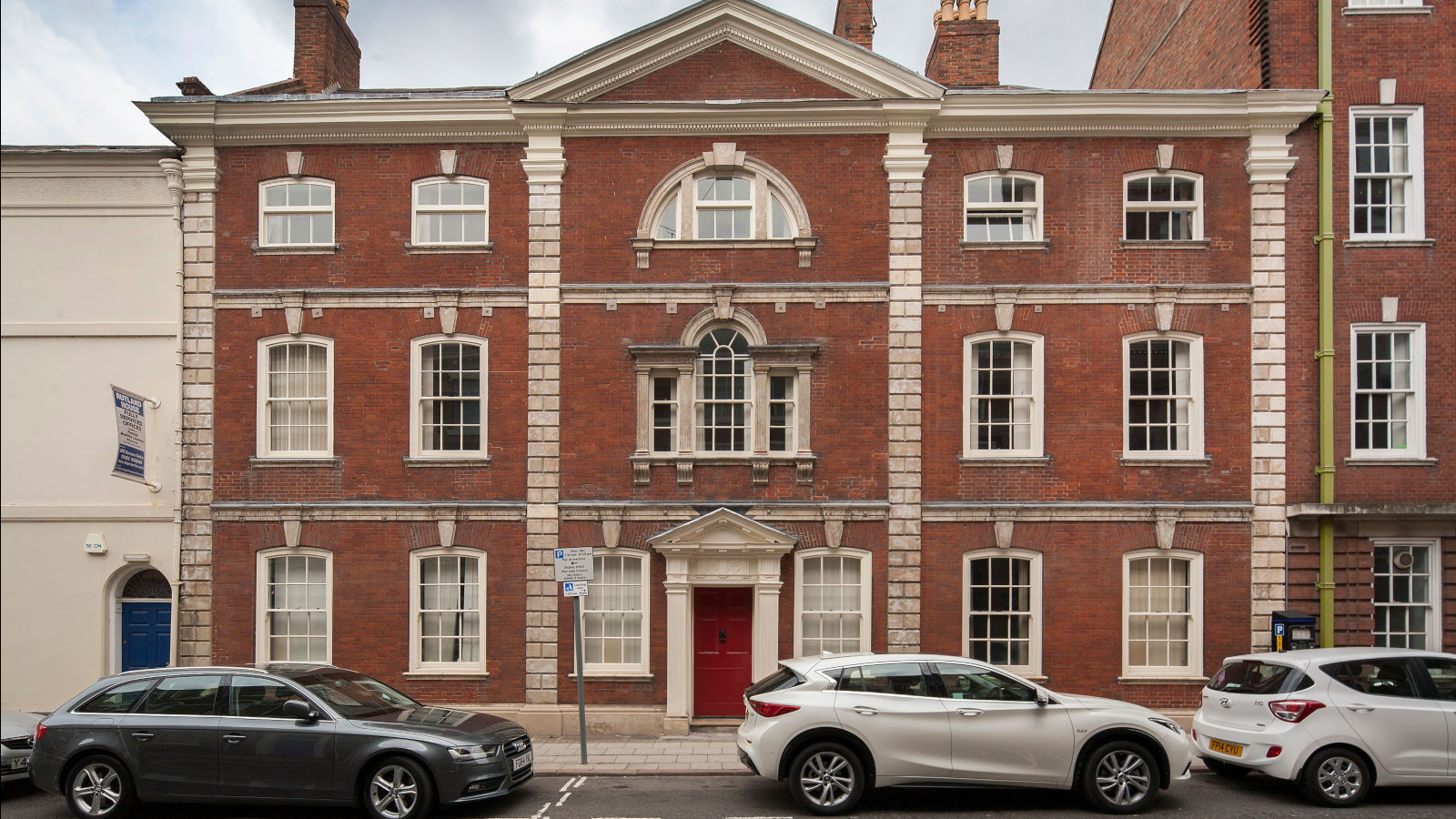 The story of William H Marris, Friar Lane auctioneer, highlights the changing fortunes an auctioneer may experience over his career. Marris was born in 1831 and Christened at St Marys, Leicester. An auctioneer and later an accountant, he moved his businesses premises from Loseby Lane to 6 Friars Lane sometime before 1855 when his business first appears in the Trade Directories.

By 1877 he was working from 6 Friar Lane, the building plan of which survives. Some time in the later 18th century Marris changed profession to become an accountant and an auctioneer, before eventually becoming just an accountant. This demonstrates the varied histories of the buildings in the Grey Friars area, with 6 Friars lane still standing today.

In Leicester, records suggest that auctioneers had been operating since at least the early 19th century. The auctioneers would have their head-quarters in the commercial district of Greyfriars, specifically Friars Lane, and sell their items or estates out of taverns and inns.

It is not hard to imagine the bustling nature of the area, with most auctions being split into at least three days, attracting large crowds of people. In the 1820s there was one auction house in New Street but by the end of the 19th century this number had increased substantially to over ten.

The Greyfriars area was well known for being a hub of legal business and practises – referred to as the ‘legal ghetto’- a tight knit community of lawyers.

17 Friar Lane was built in the 1750s, for William Bentley, and has been described as ‘the handsomest Georgian house’. It is possible that land on which the house was built was formerly part of the Herrick family house and gardens, which had been divided up and sold throughout the years.

During the early 19th century 17 Friar Lane was occupied by the Barratt family, but when John Barratt’s son, Thomas, died his daughter inherited the building. Mary Jane Barratt, who married reverend Richard Fawsett, lived in the house until 1852 when they leased it to Dr Benfield.

From then on the Benfield family, along with their staff, lived there and in 1866 Dr Benfield bought the house. Trade directories show that not only did Benfield live there, but it also doubled as his surgery. During his time at the house, Dr Benfield rebuilt the rear wing and extended the garden by buying part of the Greyfriars land.

In 1883 he even built a gate that caused issues as it went onto the pavement and, as a result, Benfield had to pay a fine of 1 shilling per year; however this gate has long been demolished. The Benfield’s were the last family to use 17 Friar Lane as their residence and when Dr Benfield died in 1890 his widow inherited the house until her death in 1903.

After this point 17 Friar Lane had many various uses. In 1906 the doctor’s trustees leased it to Wyggeston Girls Junior School, with a rent of £100 per year. 17 Friar Lane remained a school until 1915 when the County Council bought the house and its land for £12,930. At this point it became the county health department and a public health lab was built in the servants rooms on the upper floor. The County Council continued to extend the property and built new offices in the gardens in 1920.

However, they faced issues in 1935 when they wanted to add a new storey. There was public outcry against this as it was believed that it would ruin the Georgian building, and so the County Council was forced to negotiate and build the extension between Greyfriars and Friar Lane, making sure to design it so that it blended with the old architecture. In 1968 the County Council left the offices and 17 Friar Lane became the property of Leicester City Council who have owned it ever since.

The Grade II listed gault brick block of 18-28 Friar Lane, which returns along Wycliffe Street, was developed as a terrace of early 19th century buildings and it introduces a degree of uniformity in the street scene that is not particularly common in this area.

The facade of each unit is linked to its neighbour by stucco bands, a moulded eaves cornice and round-headed windows at first floor level. The sliding sash windows with glazing bars and slightly recessed doors with rectangular fanlights are also repeated to further unify the façade, as are the moulded stucco architraves and the cornices supported on moulded console brackets. These details, combined with the unusual brick colour, create a particularly interesting architectural feature and an attractive visual ‘stop’ to views outwards from New Street.

The Leicester architect William Flint moved to 18 Friar Lane in 1832, where he lived and worked until 1846. After moving to Regent Street, he still kept the address on Friar Lane as his office until his death in 1862. At some period he rebuilt the terraced block in Friar Lane. This was an ideal place for an architect as the area remained an exclusive residential suburb until the mid-fifties.

Flint’s first attempt at designing a public building was for the New Hall in Wellington Street, completed in 1831. It was used as a meeting hall for the radical party for 3 years, until it was turned into a concert hall. In 1871 it became the City Lending Library. Only recently did it cease to function as a library and was made into an adults education centre. The interior as seen today bears little resemblance to Flint’s work due to a total rehabilitation of the inside.

Flint was an entirely classical architect and his most impressive surviving work in Leicester is probably the Phoenix Insurance Building in Welford Place. In 1836, Flint was appointed architect and surveyor to the reformed Leicester Corporation.

Here he designed the Midland Railway Station in 1840, which was demolished in 1892. This was not the first railway station in Leicester, but was built for the first passenger service and marked the first connection between London and the north. It was a major attraction and was visited several times by Queen Victoria. The front portico and the general façade of the building were extremely impressive. There were four giant Doric columns with a handsome flight of steps set between them, leading to the twin main doors. The façade was relatively plain compared to the dramatic portico, which was due to the railway companies policy of entering and leaving by a triumphal arch.

In partnership with Charles Wickes, Flint was also partly behind the designs for Market Hall, later the Corn Exchange. It is mostly the work of Wickes however, and is in a debased Italianate style. It was originally a single storey building in stucco with a central clock. As a result of the repeal of the Corn Laws, it was altered five years later it was built in 1855. It then received a staircase at the front, the second storey and the central campanile.

Frank Radford was an auctioneer who lived with his wife Elizabeth Radford and three children on Friar Lane. He owned four buildings on Friar Lane numbered 70-76, which you can see on his property plan as well as his signature.

His buildings have sadly since been demolished, but his collection of offices shows his success in the period. He also had other branches at the Half Moon Yard, Melton Mowbray every Tuesday and the Dixie Arms, Market Bosworth on alternate Wednesday afternoons.

Radford got caught up in an anti-vaccination riot in 1881, where belongings of those fined for not vaccinating their children were sold off at an auction. The auction was hosted by Radford and his business and held at the Nag’s Head Inn on Millstone Lane (where The Criterion stands today). Radford also owned a debt collecting business alongside his auction house, so it is not known whether he seized the goods and then later sold them.

A mob of 400 anti-vaxxers began to riot during the auction and the auction was stopped by the police.