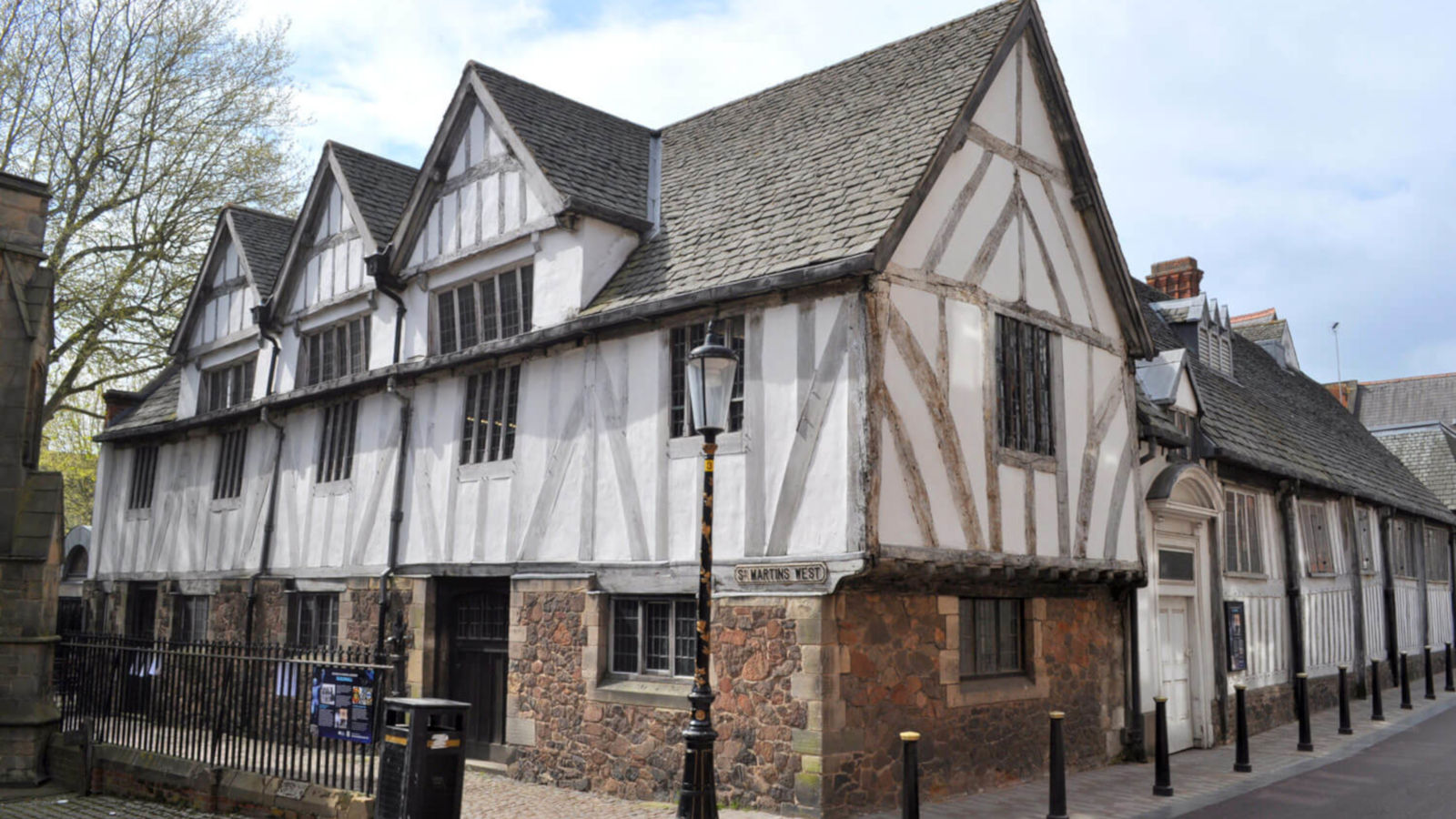 In 1343 a religious body, the Guild of Corpus Christi, was founded in Leicester. Not long after its formation the first elements of the present Guildhall, was constructed for the Guild’s use. The hall was built alongside St Martin’s Church which housed the Guild’s chapel.

The Guild was from its earliest establishment a powerful force in the medieval borough. Ordinances of 1477 gave the masters of the Guild precedence over the mayor and council. From 1494-5 and probably earlier the Corporation met at the Guild’s Hall, and following the Guild’s dissolution in 1547, the Corporation purchased the property and used it as Town Hall.

In 1836 a reformed Corporation resolved to establish a Borough Police Force, and to accommodate this part of the ground floor of the eastern range was altered in 1840 to provide offices and cells. There were originally three cells and a charge room. At the same time the banqueting kitchens on the south side of the courtyard were demolished and replaced with a house, the Constables Cottage, for the Superintendent of the Force.

For much of the 19th century the inadequacy of the Old Town Hall as the centre of municipal administration was becoming increasingly obvious. In 1876 the New Town Hall was built on the Horse Fair. The Guildhall, already in a poor state of repair, further declined during the late 19th and early 20th century. However, in 1922 the newly created City Corporation began a thorough restoration of the building. Today it is a museum.

Find out more about Leicester Guildhall and its long history at https://www.storyofleicester.info/civic-affairs/the-guildhall/.