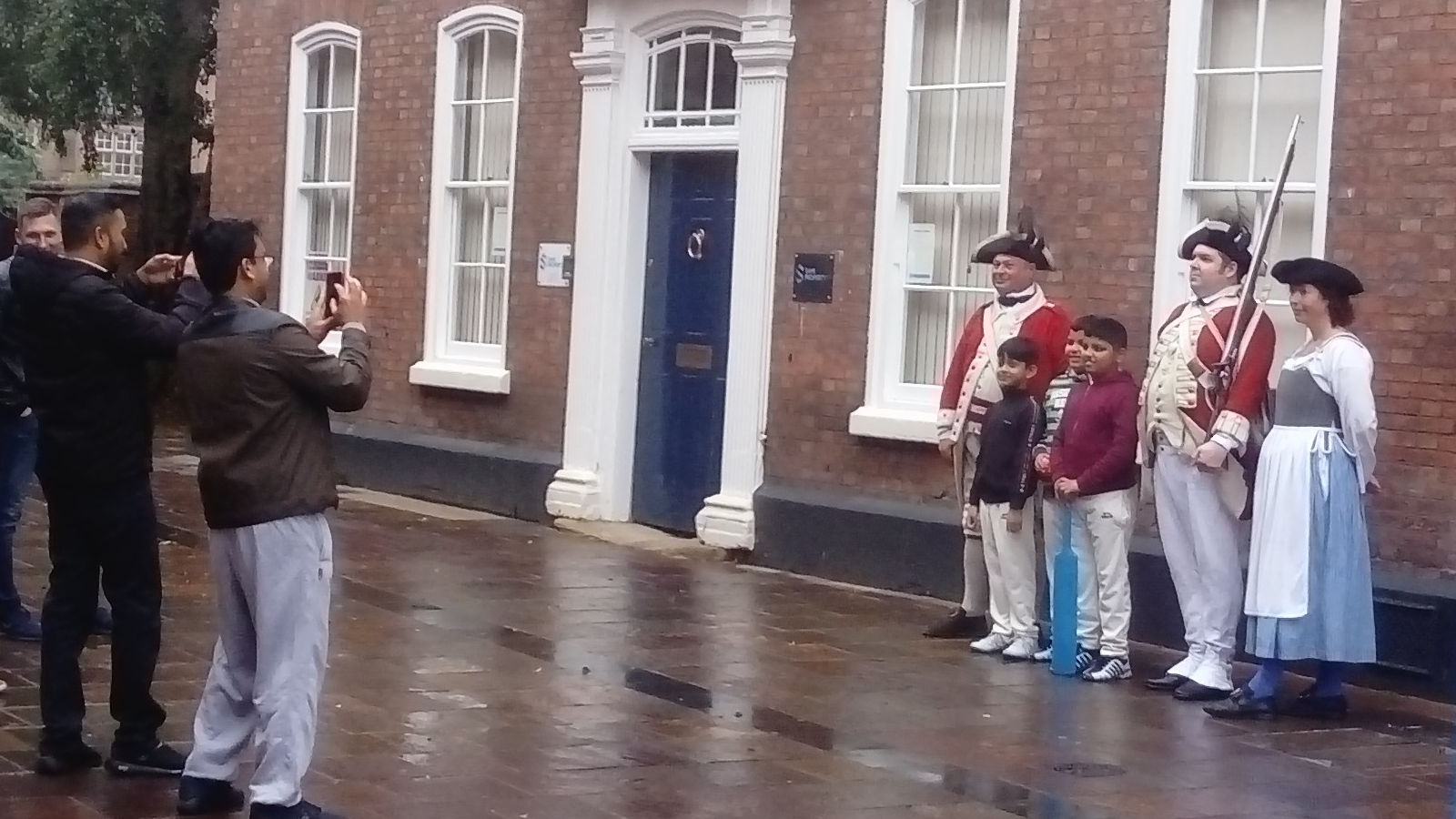 One of the complementary projects within the Greyfriars Townscape Heritage Initiative has been the creation of the Georgian Interest Group. This is a group dedicated to celebrating and promoting Leicester’s Georgian heritage.

The Leicester Georgian Interest Group was launched during the Heritage Open Days programme on the 6th September 2018. The event took place at the Georgian era Great Meeting House in the city centre and featured an introduction from Sir Peter Soulsby, City Mayor of Leicester, and a talk on the Grand Tour from Professor Roey Sweet – a leading academic on 18th century history from the University of Leicester.

Over one hundred people booked a place at the event and a drinks reception followed. A number of additional events have been organised under the auspices of the Leicester Georgian Interest Group, including two sold out walking tours led by local historian Michael Taylor during Heritage Open Days in 2018 and 2019.

A further public lecture was arranged at the Great Meeting House during Heritage Open Days on the 13th September2019. This featured a talk on the topic of elite masculinity in Georgian England by Dr Sarah Goldsmith, a lecturer from the Centre for Urban History at the University of Leicester and one of the BBC ‘New Generation Thinkers’ for 2018.

Within the Townscape Heritage Initiative area, an evening event was arranged in one of the public houses on the 18th June 2019. The ‘History in the pub’ format featured a talk from one of the postgraduate students at the University of Leicester in the Two Tailed Lion.

Joley Baker have an excellent talk on her research into ‘The British slave trade and country-house architecture in the long 18th century‘ to a group of a dozen people, with an interesting discussion afterwards between the academics and members of the public present.

The largest event in terms of content was the ‘Georgian’ themed Open Streets event on the 28th July 2019. This featured:

Although the weather was very poor, the event still attracted around 200 people.

The most recent event was a further public lecture, this time arranged in partnership with the Leicester Literary and Philosophical Society. Close to one hundred people attended a talk delivered by the eminent landscape historian Todd Longstaffe-Gowan at Hansom Hall on 14th October 2019 on the subject of landscape architecture in Georgian England.

The partnership was considered to be a success and the Leicester Literary and Philosophical Society are keen to have a joint lecture with the Leicester Georgian Interest Group on an annual basis.

A good partnership is in place between the Conservation Team at Leicester City Council, Leicester Civic Society and the Centre for Urban History to ensure the group continues to operate in the future. Plans are developing for further talks and walking tours in Leicester, as well as a visit to look at the Georgian heritage of Derby.