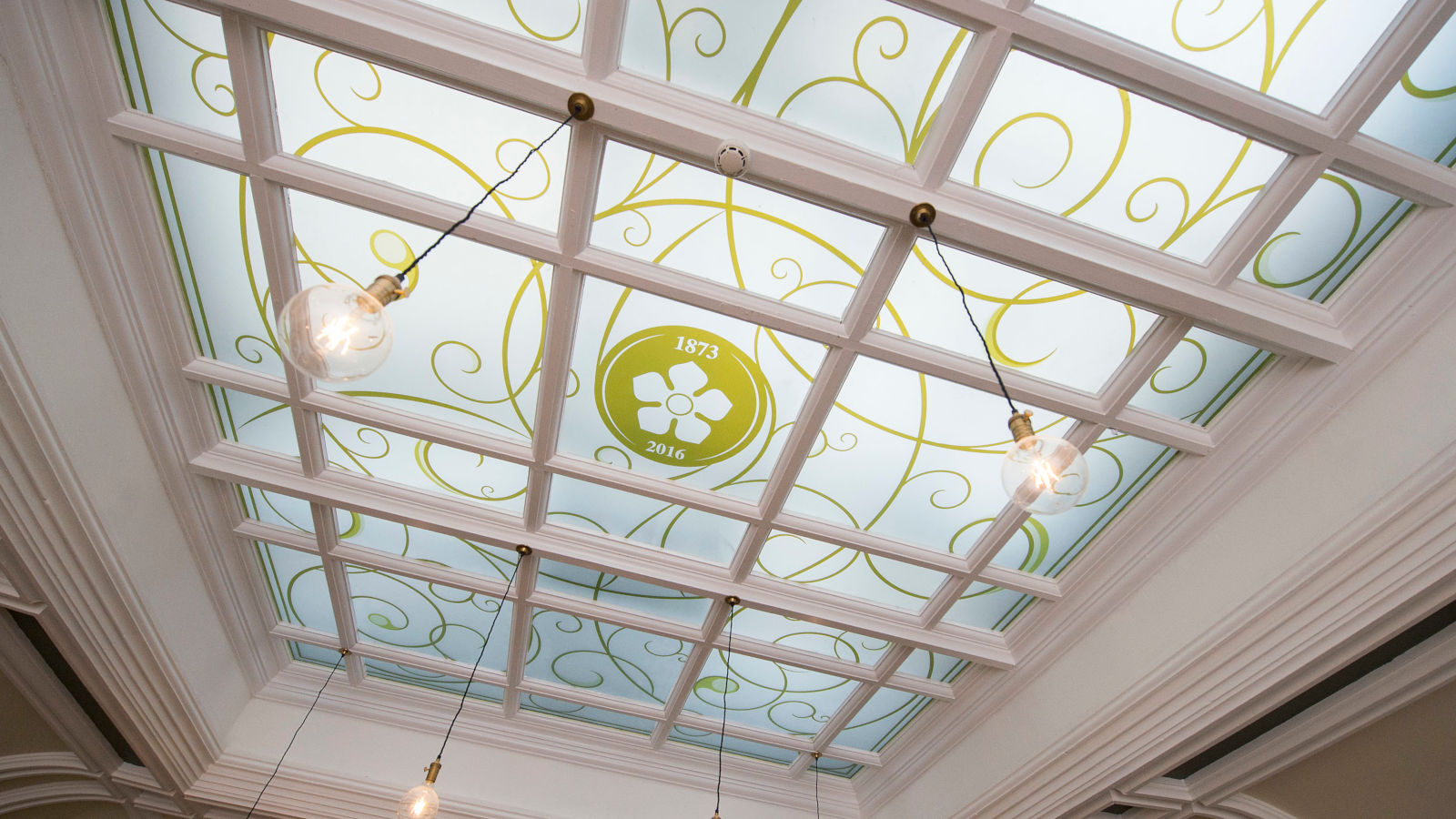 4 St Martins, originally built in 1877 as Leicester Saving Bank, is Grade II listed and forms a landmark on the corner of Grey Friars and St Martins.

This is one of several significant buildings in the old town that fell into decline because of the 2008 recession.

The building had severe dry rot problems due to water ingress and was likely to remain unoccupied without public intervention. It was identified as a priority at the start of the Greyfriars Townscape Heritage Initiative grant scheme.

Work carried out included re-glazing and restoring the building’s striking lantern-style roof light, and the installation of a new mezzanine floor to provide seating directly beneath it.

The grant also supported the restoration of key architectural features, including work to the windows and decorative stonework.

It also helped to pay for treatment of dry rot and water damage, which was placing the building at risk of serious, irreversible damage.

The money contributed towards the conversion of the upper floors into three apartments which are still being rented out and have long-term tenants.

A delicatessen ‘Delilah Fine Foods’ opened on June 2016, employing 15 full time staff for two and a half years. The business was crowned UK’s Best Retail Shop 2017, at the prestigious Great Taste Awards. It also received the UK Deli of the Year award at the Farm Shop and Deli Awards in April 2017.

Sadly, the Delicatessen closed in 2018 but the space is due to be repurposed as a new restaurant and cocktail bar called Sonrisa.

The quality of the work to alter the windows is extremely high, with specialist work carried out by Bonsers Restoration.

The original safe doors remain in the basement.

Read a detailed history of 4 St Martins in our History section.